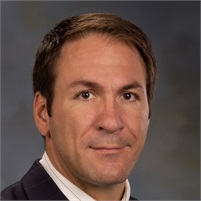 Richard E. Frable, CFP®, ChFC, Owner, is a co-founder of Liberty Wealth Management. He has been in the financial planning field since 1990, founding his own firm, Lehigh Valley Wealth Management, in 1997. He specializes in working with retirees and those about to retire to preserve assets and to meet their financial goals. Rick holds CFP® and ChFC designations and the following licenses: series 7, 24, 51, 65, 63.

Acting upon his desire to give back to the community, Rick co-founded the Foundation of Friends of Allentown Schools to help foster the education, arts, and athletic programs of the Allentown School District. Rick was a regular contributor to the Eastern Pennsylvania Business Journal, has been featured in The Morning Call and has been a panelist on WAEB radio.

Rick coaches wrestling and baseball in Coopersburg where he lives with his wife, Heather and their four children.